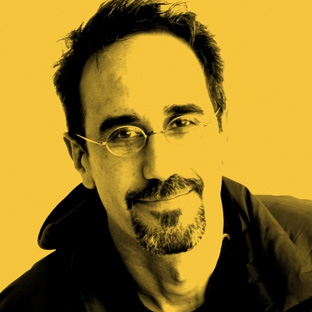 Paul La Farge was born in 1970 in New York City and studied at Yale University. He teaches creative writing on and off since 2002 at Wesleyan University and Colombia University. He is a recipient of the Guggenheim Fellowship and was a fellow at the Dorothy and Lewis B. Cullman Center for Scholars and Writers at the New York Public Library in 2013-14. His short stories and non-fiction pieces have been widely published in journals, including McSweeney's, Harper's Magazine, Fence, Conjunctions, The Believer, Playboy and Cabinet. He is the author of the novels The Artist of the Missing (1999) and Haussmann, or the Distinction (2001), for which he received the annual Bard Fiction Prize. His latest novel Luminous Airplanes was published in 2011. In winter semester 2016/17 Paul La Farge will come from New York City to Leipzig. He will teach two seminars at the Institute for American Studies at the Unitversity.

The author presented his new novel The Night Ocean on the 9th of January in Berlin, which will be released in March 2017.

„This is one of the best works of fiction to come my way in a long time. Luminous Airplanes is a quiet triumph of a book.“ Tweet me